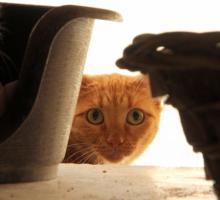 More than once I've had people ask for help because the concept and naming of hooks in Drupal both frightens and confuses them. FRIGHTENS and CONFUSES. Sadly, this is a very common occurrence.

In order to address this problem, the SAC (Sensible API Calls) Initiative has been formed. Our first task has been to clarify and simplify alter hooks throughout Drupal. We've opened issue #1510984 on drupal.og and posted an initial patch, which addresses how the alter API is called.