I spent last week in San Francisco, attending DrupalCon. Like many geeks, I prefer to have a laptop with me at conferences, so I can take notes, check email and work on stuff if I need or want to.

My laptop is a rather lovely HP 6730b with a lot of RAM that does a whopping 1680 x 1050 as native resolution. Great for graphics and having lots of terminals open - less great for portability. HP also seems to have taken the 12 cell add-on battery for it off the market, so it only gives me about 2½ to 3 hours of run-time (with wi-fi enabled) as well.

At DrupalCon I developed netbook envy, so upon arriving home I decided I needed something a lot more portable and with far better battery life.

I did a bit of research and found that all manufacturers offer virtually identically spec'd netbooks that contain an Atom N450, 1GB RAM, 250GB HDD and a 10.1" screen. The only point of difference seems to be the battery size, which ranges from 3 cell to 6 cell Li-ion.

A friend told me he'd just bought an Eeepc 1005P for just over $400, which is actually much cheaper than the competition. Sadly that was with a 10% discount campaign, which is no longer running. Still, the 1005P was at least $30 cheaper than the closest competitor and it does come with a 6 cell battery.

I was just asked if I was going to write a blog for Ada Lovelace day this year. And yes, yes I am.

Earlier this year I actually met a bunch of really cool women who work in technology jobs!

In no particular order (apart from alphabetically) I'd like to mention Angela Byron, Liz Henry, Emma Jane Hogbin and Brenda Wallace.

When you meet any of them, buy them a $beverage; they deserve it :-)

Well, I finally got a revision 1.0 out the door for one of my Drupal modules.  A fact I thought I'd celebrate with a blog.

The module with this honour is the most recent one I started, userpoints_evaporate, just over a week ago.

I guess it's a nice example of why open source is cool. Someone on the #drupal-support channel on Freenode asked if anyone knew whether an existing module could do what he wanted, which was essentially use the UserPoints module (which works kind of like karma on Launchpad) to automatically expire a set number of points for all users every hour or day (again, kind of like karma on Launchpad).

In the lead up LCA2010 there was some noise on the mailing list about the miniconf schedules. Specifically about where and how miniconf organisers should (be forced to) publish their schedules.

Jacinta Richardson invested a lot of time and effort in aggregating all all disparate schedules and turning them into a single table on the LCA wiki, which made life easy for most attendees. However, that still leaves the questions of schedule changes and updates.

I managed to get hold of a Leadtek DTV2000H of the revision J persuasion ages ago. It works flawlessly for recording under mythtv, but I never really tried to get the remote control working.

Simplenews is a quick and easy way to set up and manage newsletters on Drupal, but if you add it to a site which already has users, you might want a way to quickly subscribe all your users to your newsletter.

Rather than click through all users and manually subscribe them - which can be a little bit boring if you have thousands of users - you can run a few SQL queries to mass-subscribe everyone in one go.

Since I started doing the occasional consulting job for Open Query, I've seen a lot of MySQL servers that have been installed once and then forgotten about. This gave me the idea to do a short presentation about some basic MySQL server configuration. The first go was at DrupalCampMelbourne and I recently tried (and failed) to cram it into a three minute lightning talk slot at the LUV September meeting.

The title of the talk is (now) MySQL > YourSQL. I chose this not because I think that MySQL is better than the $other_database you use or because I may or may not run a newer version of MySQL on better hardware, but because I use InnoDB and not MyISAM as the default table format. More importantly, I do not run the server with the shipped default configuration.

These configuration tips are also included in the MySQL section of Pro Linux System Administration.

Most distributions ship MySQL with a configuration file that sees you running a server optimised for a system with 32MB of RAM. That was great in 1996, but these days your Nike+ shoes have more capacity than that, so it makes sense to optimise the configuration - or at least to make it not suck quite as badly.

I chose InnoDB as the default storage engine not because it gives me a magic increase in performance or transaction support, but due to the  improved reliability that comes from its ability to automatically recover from crashes better than MyISAM does.

All the following settings go in the [mysqld] section of your my.cnf file.

Since you were going to linux.conf.au 2010 in Wellington, NZ anyway in January of next year, you should submit a proposal to speak at the data storage and retrieval miniconf.

If you have something to say about storage hardware, file systems, raid, lvm, databases or anything else linux or open source and storage related, please submit early and submit often!

The call for proposals is open until September 28.

A while ago I posted that the combination of nginx and php5 in fastcgi mode was actually working better for me than apache with mod-php5.

In order to help me easily deploy new web hosts that use this setup, I created a tiny package that contains an init script and a configuration file.

Yay! My miniconf submission for linux.conf.au 2010 in Wellington was accepted! 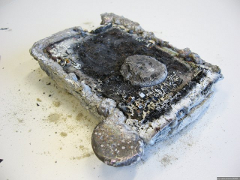 I will shortly get my act together and write a proper brief and a request for proposals. However, if you're frothing at the mouth with excitement and want to know if you might have a suitable topic you could speak on, here's a short list of the sorts of topics I'm looking for: